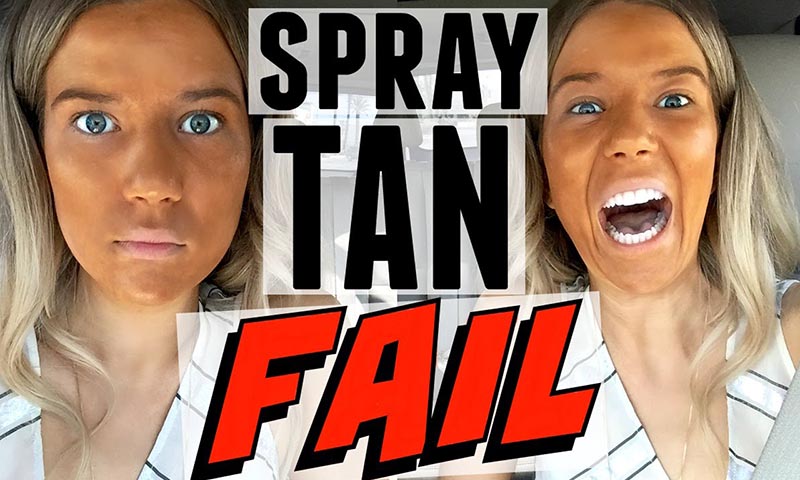 Many celebrities usually want to look elegant and fabulous and some of them will go to extreme lengths in their attempts to have the tone of their skin changed. Most celebs now use skin tanning spays to help in toning their skin color to look beautiful and elegant. Well, for celebs who are patient and who want a genuine tan will simply just lie in the sun for some time and get good results. But those who want quick results via the backdoor they’d rather opt for spray tans to achieve the results they desperately want. Unfortunately, such spray tans can sometimes go awfully wrong leaving the user desperately looking for a solution.

Here below we sample a few celebs that have had their skin tan endeavors gone wrong and for that they have even been dissed by both their fans and even the media. Take a look at some of the celebs below:

Selena Gomez who is a beautiful celeb aged just 25 years recently attended an event (the 2018 Met Gala). She looked stunningly beautiful in her flowing white gown although her critics took a jibe at her for tanning her skin that gave her a tanned appearance. Some of her haters even went on extremes while criticizing her describing her unrealistic appearance as fake-looking. Selena Gomez later appeared admitting to her skin tanning malfunction by posting a video captioning her to be running away from the cameras at the Met Gala.

Kim Kardashian has occasionally been associated with different kinds of controversies and this perhaps might not be the last one. Many times Kim Kardashian has had her body sprayed with skin tan apparently to enable her skin look bronze-like. There are instances where in various events Kim has taken part in her skin tanning endeavors have gone horribly wrong. At one time she told Chrissy Teigen that her skin tan rubbed off in the mouth of her child while breastfeeding. We however still expect to witness more controversies from this award winning celeb.

Chrisy Teigen is one celebrity who has had a number of spray tan mishaps. A couple of years back she showed on her Snapchat profile a photo showing a bronze outline of her body that remained on her sheets. The most recent one is where she released a throwback photo of herself and John Legend together in the Grammy Awards in which she appeared all bronzed!

For Michele, it was not what you’d expect that ruined her good spray tan that she had put on that day. Lea, gives a testimony of her by saying that one time after she had a home spray tanning she moved out and went to the studio where she experienced the unexpected. A dog belonging to one of her manager jump on her leg and when the dog’s owner grabbed the dog away from her, the dog had already peed all over her ruining her skin tan!