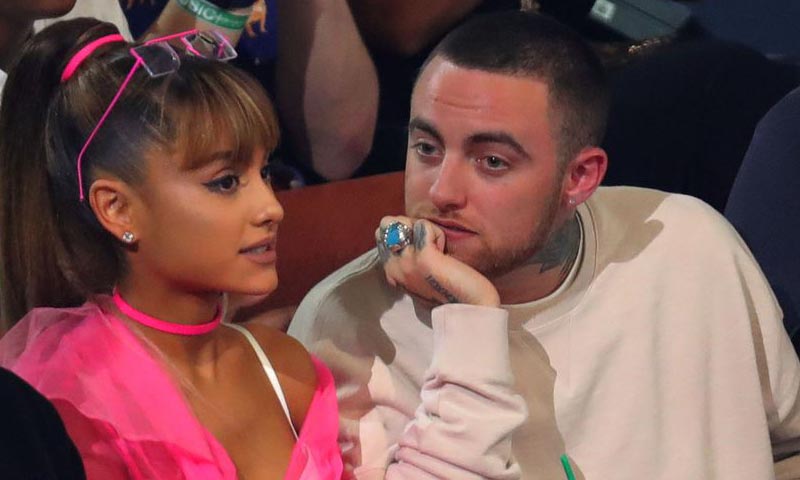 2018 seems to be the year of celebrity breakups we first saw Justin Theroux and Jennifer Anniston then Jenna and Channing. Later it was one of the cutest celebrity couples Ariana and Mac Miller who split up due to what was rumored to be due to their busy schedules. The rumors were later confirmed by Ariana via her Instagram profile in which she said that it was true they had broken up with Mac Miller but she did not give reasons for their breakup.

Even though they split up, it was reported that the two still remained as friends as Ariana was reported to be saying “they still loved each other dearly”. Arianna in one of her Instagram stories wrote some sweet messages about her ex boyfriend claiming that “he was one of her greatest friends in the whole world and one of her most favorite people in the planet”. She said that she adored him and will continue respecting him endlessly and was grateful to having him in her life in any form. This she said would stand regardless of what happened to their relationship or any changes that may come or even what the universe holds for each of them.

It could be possible that both Ariana Grande and Mac Miller may have just been giving each other some time that they had agreed on with regards to social space amidst their breakup news. If you have ever gone through a breakup you certainly understand how much it hurts to come across a photo of your ex having good times without you by his/her side. Perhaps this is the reason why the two may have decided that un-following each other on the social media platform was the best thing to do for now. Even though this is understandable, it comes as a big surprise to fans considering the fact that Ariana Grande even after they has broken up with Mac Miller still referred to him as her best friend.

So why did they break-up?

The news of Ariana Grande and Mac Miller breaking up came up a surprise to many fans because the couples looked so cute and happy together at all times. Other sources claim that their busy schedules may have come in the way for them to continue being together as an item. Whatever the cause of the breakup they were such a nice couple who had been together for two years and their breakup has left so many of their fans in surprise.

There was however signs that the couple were headed for a break-up. Ariana and Miller have been known to attend public events together. On March 4th, the couple was spotted holding their hands while walking to Madonna’s Oscars after party. At the 2018 Met Gala awards, Ariana was seen walking red carpet alone without Miller by her side as has been the case during the time they have been together.