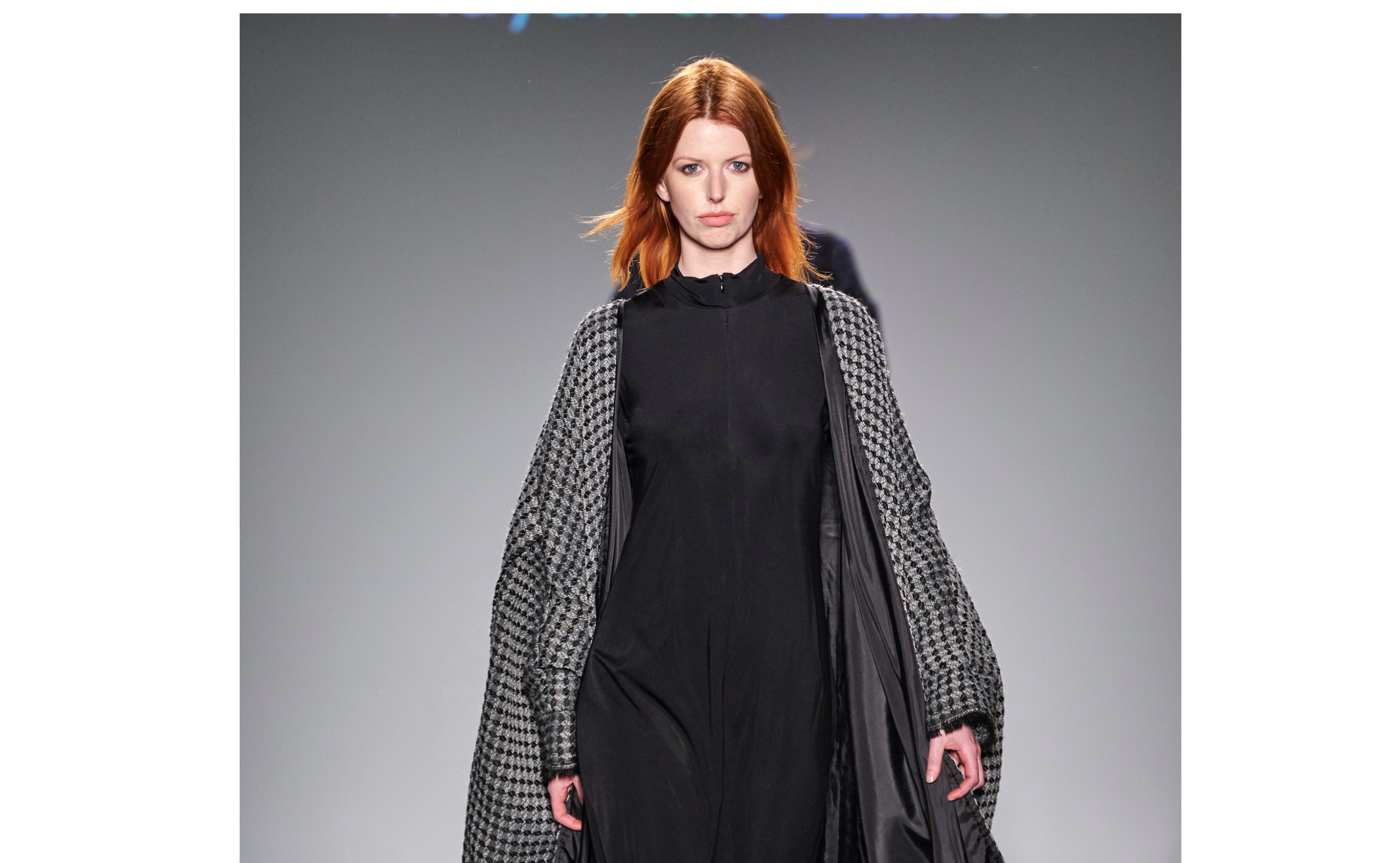 Participating at the New York Fashion Week has been an exciting first time for Saudi fashion designer Lulu Al Muhanna who showcased her “FADED” collection in the heart of New York. She talks about her inspiration, Saudi roots and the challenge of participating as a Saudi woman in such a grand event.

When you talk to Saudi fashion designer Lulu Al Muhanna about her participation in this year’s New York Fashion Week, she is ecstatic to share her story right from the beginning. As she explains: “I was born and raised in Riyadh, Saudi Arabia. I am married and a mother of two wonderful boys.” Her educational background is an exciting diploma in visual arts and photography she acquired from the Box Hill Institute in Australia. At the New York Fashion Week, a golden opportunity emerged for her to showcase her “FADED” collection which entailed contemporary elegant embellished coats and outfits displaying her Saudi culture in a contemporary context.  Participating was a big deal for her to showcase her collection in such a highly esteemed event. Referring to her initial anxiety, she explains: “I was nervous due to the risk of exposing myself to the world. Since it was my first participation in an international event with a global audience. Being a part of such a show has certainly made a significant impact on me and my young brand. “For her, the New York Fashion Week’s fashion scene could be summed up as trendy and fashionable.

Describing the collection, she talks about the material and texture: “The overcoats were made with leather and wool blends; whereas the dresses were made with warm velvet. In most of my designs, I like to add a touch of embroideries and to improve the elegance of the design.” When asked what her main inspiration was, she said it was elegance and simplicity. Her signature aesthetic can be labelled as “comfy elegant shapes accessorized lightly to give that special touch.” Once the show was over, the responses from the audience were positive which made her happy and satisfied. When asked which has been her favourite Fashion Week moment, she points at the moment when she saw her brand name on the runway. Emphasizing on being a flexible brand where she does not specifically target any particular audience, Al Muhanna likes to attract intervals who adopt uniqueness as a style.

Being a Saudi designer means one is a brand ambassador of their culture, in this case, Al Muhanna talks about the role of her Saudi roots in influencing her fashion work: “Saudi Arabia is a vast country with a rich heritage. Every region has its unique styles, the Eastern province contains a multicultural mix that forms the vast Islamic world. On the other hand, the northern territory is influenced by the ancient civilizations and so forth indicating the variation in styles, forms, and specialty from each region and area.”  Her favourite places to shop in the world include Milan and New York.

The one-piece of style advice she would like to give women is to stay classy, confident, and love oneself. Within a business context, she would advice one to remain persistent since it pays off. Finally, soft music sets the mood for her to sketch or brainstorm her ideas, as she defines it: “Soft music takes me to a different place.”

Art and Fashion by Suzi Nassif The Pursuit Of Happiness

PR worked for Apple, Will it Work for your Brand? Free Zone Entity & Starting a Business in the UAE