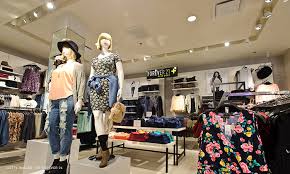 Forever 21, the popular teen fashion empire has filed for bankruptcy in the US resulting in the closure of several of its stores including quite a few in UAE. While an announcement was given on Monday morning detailing the future of the former giant, it still remains unclear what will happen to business operations in UAE. On the other hand, plans to keep a good number of stores in the US open were mentioned while a majority of the stores in Europe and Asia are expected to close.

Opened in the US in 1984, the popular retailer has seen great success in the past managing to run a total of 815 stores in 57 countries until recently. The store is best known for selling up to date teen trends at affordable prices making it a favourite with consumers.

While the news of its bankruptcy has come as a shock to many, Forever 21 is just one among some of the large high street retailers to have made this move in the recent past. Others include giants such as Thomas Cook and Toys R Us, the latter which is a also based in America. This has been brought about partly due to failure to keep up with competition from online retailers like Amazon which consumers have come to prefer greatly.

Forever 21 has applied for Chapter 11 in the USA where they have their headquarters. This gives them legal protection from liquidation and enables the brand’s debt to be restructured so that it can go on trading.

This news will also affect E-commerce websites operating in the UAE that sell the brand’s products like Namshi. As the future of such websites still remains unclear, we can only wish them the best of luck.