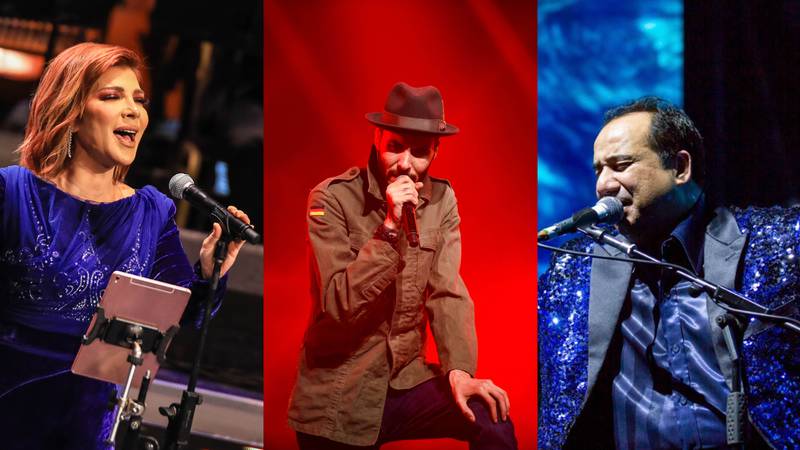 This Eid there are three great concerts for you to have fun at. You may attend any of the five concerts in Abu Dhabi and Dubai during the Eid holidays week from Monday to Thursday, July 19 to July 22.

The fans of Rahat Fateh Ali Khan get a two day treat in the Coca Cola Arena in Dubai. The shows are brought to you by Dubai Summer surprises! All attendees have to be fully vaccinated.

“Dubai is my second home and each time I perform here is like performing at home,” he said. “My last commercial concert in December 2019 was in Dubai, where I enjoyed performing at the Coca-Cola Arena and I’m equally excited to return to the same venue.”

Doors open at 8pm and tickets cost from Dh400; coca-cola-arena.com

Listen to great music from these two stars on Thursday, live in the Etihad Arena in Abu Dhabi. They will sing numbers from past two decades to entertain their fans. Bahebek Wahashteni and Ahebbak will be performed by Al Jassmi. Doors open at 8pm. Tickets from Dh195, book yours now from etihadarena.ae

Cairokee has been much loved by the Arab audience as their music is powerful. They have a stronger claim to fame than Coldplay. The chain of releases after the Egyptian revolution has brought them billions of fans. They will play live in the concert to entertain the Eid crowd. You may easily book your ticket worth Aed 149 from coca-cola-arena.com Mona Tajarbi, from an Emirati Influencer to an Entrepreneur